The University of Nebraska Omaha Mavericks men’s hockey team will battle the Air Force Falcons this Friday, October 23 at 7:07 p.m. While the competition will be thrilling, what’s most exciting about this match is the location. 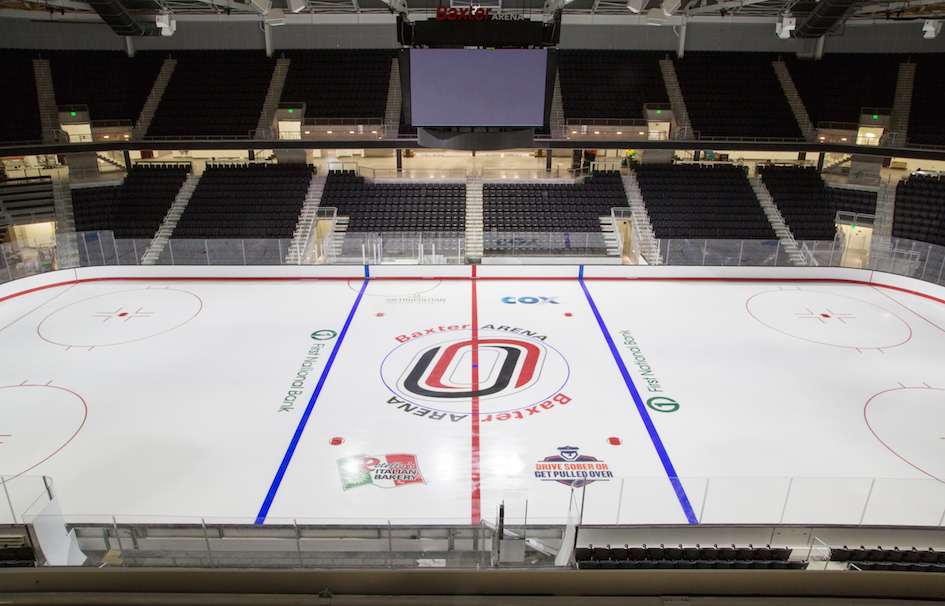 This will be the first public hockey event held in the new Baxter Arena. The UNO community has anticipated the arrival of this new state-of-the-art arena since its construction began in the spring of 2014. The wait is over and the Mavericks are thrilled to break the ice this Friday.

The Baxter Arena seats 7,898 for hockey games and includes 17 luxury suites, 750 club seats and a 750-seat student section. It will also be the home for men’s and women’s basketball and volleyball, concerts, graduations and other large campus events. 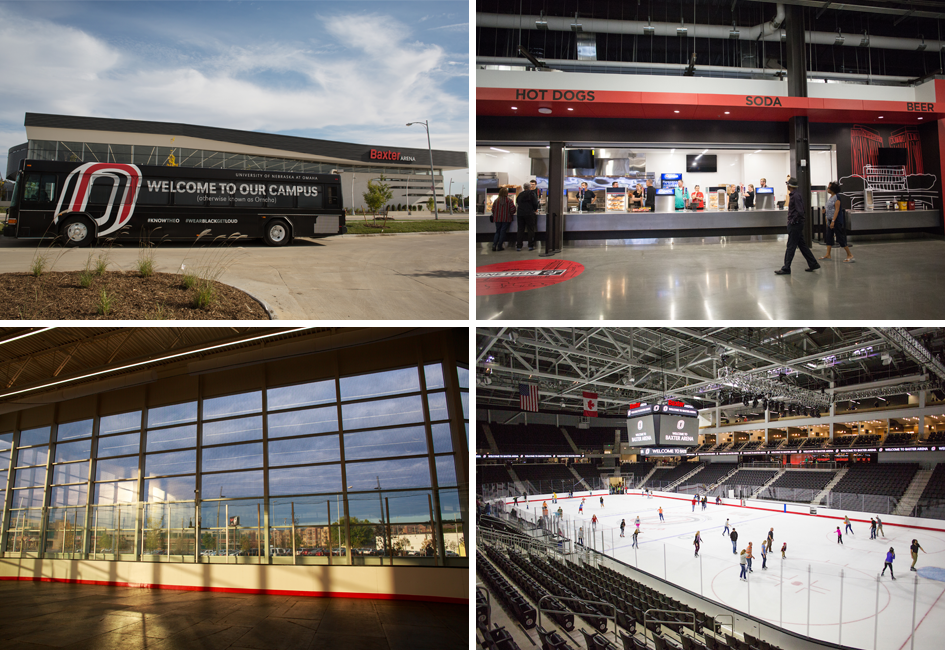 The Baxter Arena hosts two separate ice sheets — one for UNO hockey competitions and the other serving as a practice facility for the team and a surface for community ice skating.

In unique fashion, the practice rink is the most visible to visitors entering through the main gate. The Mavericks’ athletic director, Trev Alberts, says this is because community is the focal point of the entire arena. In fact, UNO has committed to dedicate at least one-third of the new space’s time to community usage.

According to the UNO website, “The Baxter Arena will not only enhance the visibility of the UNO campus, but it will also provide great benefit, both economically and socially, to the Omaha metropolitan area.”

While season tickets for the 2015-2016 UNO hockey season have sold out, you can purchase single game tickets here. If you can’t make it to this historical opening day for the Baxter Arena, check out their complete schedule and catch another game! With two wins under their belt thus far, the Mavericks are dominating on the ice this season.

Our community. Our team. Our arena.

PHOTOS COURTESY OF: University of Nebraska at Omaha