Close your eyes and imagine the dreamy scene we’re about to set. Well, open them so you can read this.

Snow is slowly falling gently on the other side of the foggy living room window. Spontaneous crackling sounds are emitted from the warm fire just a few feet away. You can feel the warmth of the flames made all the better with the cozy blanket you are wrapped up in. You take a sip of steaming hot apple cider with cinnamon sticks floating to the top. You then inhale the sweet fresh scent of the pine garland hanging on the fireplace mantle, while capturing this wintery scene with all of your senses. But alas, something’s missing!

There is one thing that would make this picture complete. You simply must add a book in your hands to get lost in amidst this fairytale setting, because there’s nothing quite like curling up next to a fire with a good wintery read.

If you’ve exhausted your bookshelves, read the same book during the holidays dozens of times over the years — although there’s nothing wrong with that — or simply don’t know where to start because winter reading is a new concept to you, we are here to help! Below is a handful of our favorite winter reads. Some are new and some are old. Some are fiction and some are informational. Some are long and some are short. Regardless, we hope one of these books peaks your interest enough to order it on Amazon or check it out from the library.

So sit back, relax, and enjoy the page-turning adventure you’ll embark on from the comfort of your living room couch this winter.

The Hobbit by J.R.R. Tolkien

You may be thinking, “Ugh. Of course ‘The Hobbit’ is on a winter book list. How predictable!” Okay, you caught us. But there’s nothing wrong with reading something so classic, timeless and downright magical over and over again. So if you’ve already read “The Hobbit” years ago, consider picking it up for round two because we promise this time around will be equally as adventurous and enticing. But if you’re new to this 1937 classic, we’ll give you a short preview.

The story follows along with hobbit Bilbo Baggins during his quest to gain a portion of the treasure guarded by a dragon. Baggins is content with staying in the comfort of his quaint cottage home, but is forced to face adventure with the prompt of a wizard and some dwarves. Along with the physical journey, Baggins goes on a personal and internal quest throughout the book, in which he gains maturity, competence and wisdom.

If you don’t consider yourself a bookworm, you might skip to watching the movie instead. But you know what they always say! The book is often better than the movie. 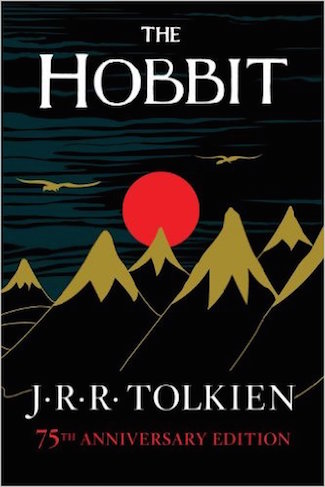 Sunrises to Santiago: Searching for Purpose on the Camino de Santiago by Gabriel Schirm

While you’re enduring chilly walks up your driveway at night and the inevitable scraping of frost off your windshield each morning, you might be eager to see the sunshine come springtime. In fact, you might start daydreaming about your warmer future as early as December. Give your sunshine-filled dreams a place to land by flipping through “Sunrises to Santiago” by Gabriel Schirm. This book will leave you inspired and in pursuit of your next outdoor adventure.

As the subtitle implies, this book is all about the author’s search for purpose as he set foot on the 490-mile pilgrimage route called the Camino de Santiago in Spain. Schirm chronicles the struggles and joys of this challenging, rewarding, eventful and ultimately incredible journey, and his pursuit of meaning along the way. It will leave you inspired to practice the same sense of adventure and to appreciate the smaller joys of life as a whole, whether you are galavanting through Spain or picking up dog food at the grocery store. 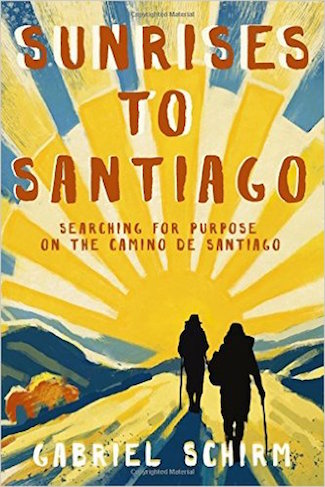 We are all aware of Ellen DeGeneres’ roles as television host, comedian, actress and producer. But did you know she is a writer as well? On top of that, she recently wrote about an area that requires a bit of knowledge: interior design. DeGeneres has bought and renovated nearly a dozen homes over the years and has learned a lot in the process. But she didn’t pick up interior design on the fly! DeGeneres mentions she wanted to be an interior designer when she was 13. Get inspired by her book, “Home,” for some indoor home decor changes you can accomplish while stuck inside this winter!

Amazon says it best: “Full of beautiful photographs, this book is a treasure trove of amazing California architecture, unique home furnishings, breathtaking art, and hundreds of ideas on putting together the home you’ve always dreamed of.” 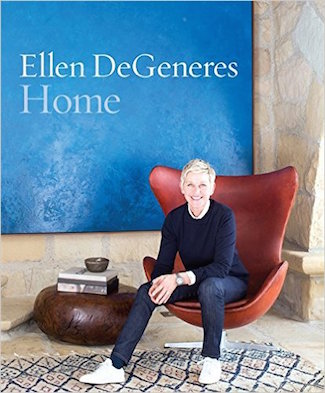 The Goldfinch by Donna Tartt

When long holiday breaks leave you with hours to unwind, you might want to completely escape and detach from reality with a compelling fiction story. The Goldfinch, winner of The 2014 Pulitzer Prize for Fiction, will help you do just that. Part of the book takes place during a frigid New York winter, so you’ll feel all the more a part of the story within your own wintery surroundings.

“The Goldfinch” tells the story of Theo Decker, a 13-year-old New Yorker, who survived an accident that killed his mother and is then abandoned by his father. As Theo adjusts to life in a new home left with basically nothing but a small painting from his mother, he takes readers on a mesmerizing journey of loss, survival and self-invention.

If you don’t take our word, maybe award-winning novelist Stephen King can convince you:

“’The Goldfinch’ is a rarity that comes along perhaps half a dozen times per decade, a smartly written literary novel that connects with the heart as well as the mind….Donna Tartt has delivered an extraordinary work of fiction.” 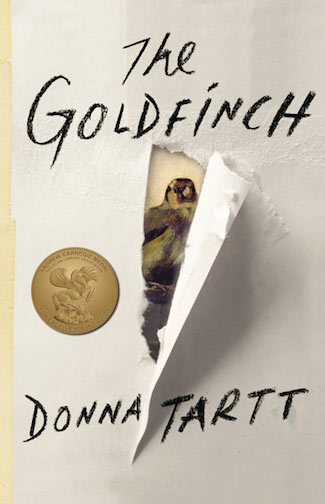 The Life-Changing Magic of Tidying Up by Marie Kondo

Some people steer clear of fiction novels because they want to use every opportunity of down time to better their lives and their surroundings. We have just the winter read for these individuals. While you spend the majority of your time indoors this winter, why not make a massive change to your interior that will potentially alter your quality of life? And no, this change requires neither paint cans nor money (unless you count the $10.36 for the book on Amazon).

Author Marie Kondo outlines her unique approach to decluttering or “tidying up” in her short and informative book, “The Life-Changing Magic of Tidying Up” (although the title is far from short). Kondo turns typical organizational methods on their head — such as tackling items room-by-room or doing a little each day over time. Instead, she stresses the importance of doing one massive overhaul of your home in order to eliminate everything that is unnecessary and doesn’t bring you joy. She suggests tackling clutter category-by-category and outlines a specific priority order while doing so. This approach is drastic but highly effective, and Kondo has a long list of satisfied clients to prove it. Minimalism is more than just a look or design style — it’s a healthy, refreshing and simplified way of life. 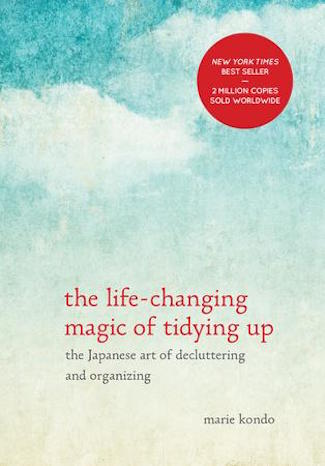 Her Fearful Symmetry by Audrey Niffenegger

Audrey Niffenegger has done it again. Wait, who is she? She’s the author of the #1 bestselling book, The Time Traveler’s Wife. This time the story is set near Highgate Cemetery in London, but it is equally as mysterious and captivating.

“Her Fearful Symmetry” is a fiction novel about two 20-year-old twin sisters who receive news that their aunt has passed away and left them her London apartment along with a few specific instructions. They move to the apartment, which is positioned near Highgate Cemetery, hosting a myriad of notable figures. Although they are surrounded by death, the twins find a lot of life in their new home, and begin to speculate that that may include their aunt…

The fact that this novel takes place in historic London makes it cozy and wintery enough for us. But add the mystery, intrigue and cemetery vibes, and we’re ordering this on Amazon to fly through on the next snow day. 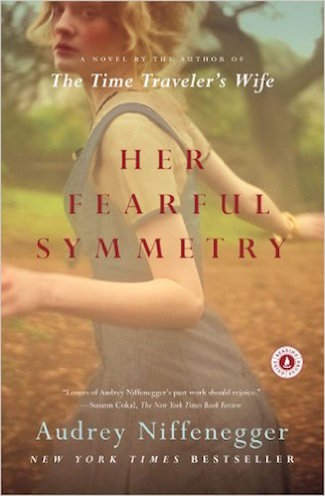 You will be able to imagine the scenes in Eleanor & Park quite vividly, as the story takes place in Omaha. It details the teenage love affair of Eleanor and Park, two misfit 16-year-olds bonded by their common interests in comic books and ‘80s rock music. Their love story spans the course of a school year in 1986, and will bring you all the way back to your very first teenage love encounter. Get inside the minds of Eleanor, a full-figured redhead, and Park, a half-Korean boy as they share their love story that began the day they met on the school bus.

Eleanor & Park, written by Rainbow Rowell, has received several awards, including a 2014 Michael L. Printz Award Honor for excellence in young adult literature. On a side note, how can you not read a book written by an author with the name Rainbow Rowell? 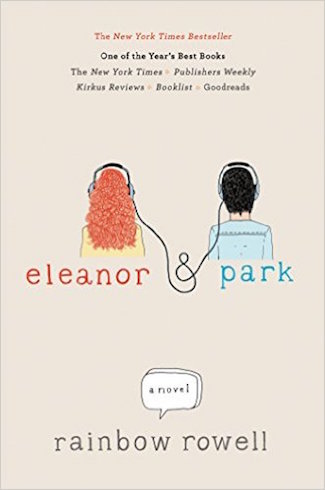 See Me by Nicholas Sparks

The characters in this next book might not reside in Omaha, but its author does! Or he did, at least. Nicholas Sparks was born in Omaha, which means we are particularly fond of him and his work. But how could you not be? Sparks has an impressive lineup of romantic fiction novels, including The Notebook, which was published nearly 20 years ago. He continues to amaze his audience in his most recent novel, “See Me,” released October 2015.

“See Me” tells the love story of an unexpected pair, Colin and Maria, who have dangerous and traumatic histories, respectively. The two are forced to navigate their relationship as demons from their past threaten to demolish their present days. Colin and Maria learn lessons of the power of love to withstand the impossible, as will you as you read “See Me.” 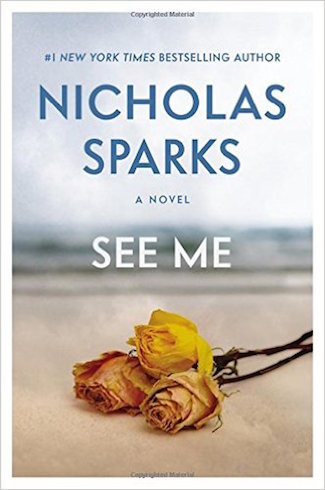 The Girl on the Train by Paula Hawkins

Take a step — or a train ride, rather — on the wild side with this next book. “Gone Girl” fans will especially appreciate this psychological thriller that was an instant #1 New York Times Bestseller shortly after its 2015 release.

“The Girl on the Train” is a first-person narrative told by three characters. One of them is Rachel, a 32-year-old alcoholic attempting to recover from her broken marriage. She rides the same commuter train every day, observing the same normal sights during her commute, until one day she sees something out of the ordinary that changes things forever. This exciting page-turner is the perfect companion for you during the colder winter months. 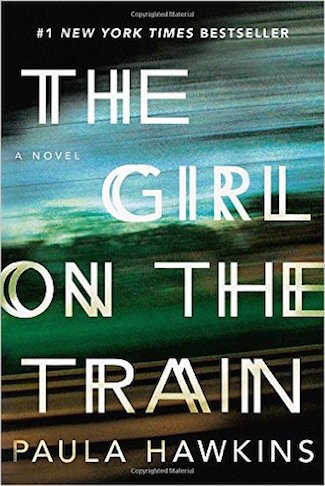 Subliminal: How Your Unconscious Mind Rules Your Behavior by Leonard Mlodinow

You maybe should not buy something this impulsive now. Did you notice that every other word in that last sentence reads “You should buy this now”? Maybe your subconscious did, and you’ll be rushing to the store to grab this next winter read without the consent of your conscious mind! If you are thoroughly confused by all of this, pick up Subliminal for a lesson or two on the subconscious mind.

This is one of the most fascinating books that unveils the activity occurring in the depths of our minds without our realization or voluntary involvement. Through presenting extensive research and discoveries, Leonard Mlodinow delves into the complexities of the subliminal mind and how it affects our relationships, business decisions and memories.

This book truly makes you think — deeper than you ever have before. And the winter is the best time to allow your thoughts to wander, even into your subconscious. 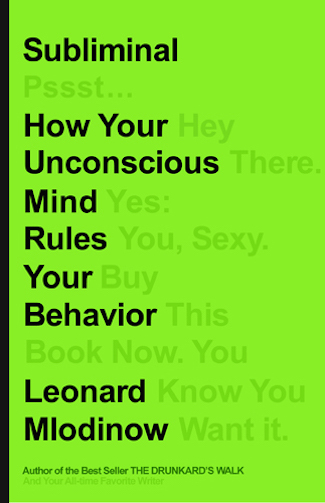 So there you have it.

What is your favorite book to read in the winter? Let us know so we can all increase our ever-growing cozy book lists!

8 Iowa Authors & Poets to Add to Your Reading...

Thanks to our amazing cities and universities, Iowa has been blessed with a myriad of talented...

Omaha, the Gateway to the West, is unlike any place on earth. Our city’s blend of Midwestern charm, big-city...