In recent years, Omaha has made its way into various scenes over a wide range of categories. Our local musicians are gaining nationwide fame and the city itself is growing in popularity as a music hub; our fashion community is innovative and takes part in the fifth largest fashion event in the country; and our craft beer scene is continuing to gain recognition.

Within city limits, the Benson neighborhood has become the craft beer center. With its trendy, hip character, breweries fit in perfectly. But it’s not the only place to get a taste of Nebraska originals!

Our craft brewery guide includes Old Market hangouts, Papillion brews and even a couple transplants from our neighbors in Lincoln! Take a tour of the city’s best and let us know which beers you fall in love with along the way.

The Benson Brewery is the perfect culmination of all things Benson — warm atmosphere, trendy decor, crafted food, friendly company and artful brews. Inspired by old and new American traditions, everything you try in their brewpub is guaranteed to be delicious, whether it’s a Brewer’s Duet Coffee Cream Stout or a Buttermilk Chicken Sandwich. Stop by to get a feel for the neighborhood and relax on the Beer Garden Patio!

Brickway was the first brewery and distillery in Omaha and has been open since before Prohibition in the United States. It’s also the first combination brewery/distillery in the city, offering both hand-crafted brews and distilled whisky, vodka, gin and brandy. Brewmaster Zac Triemert is a local pioneer in the brewing and distilling industry and has been instrumental in bringing not only beer but also distilled spirits, back to the Old Market. Order a flight of beers while you’re there! 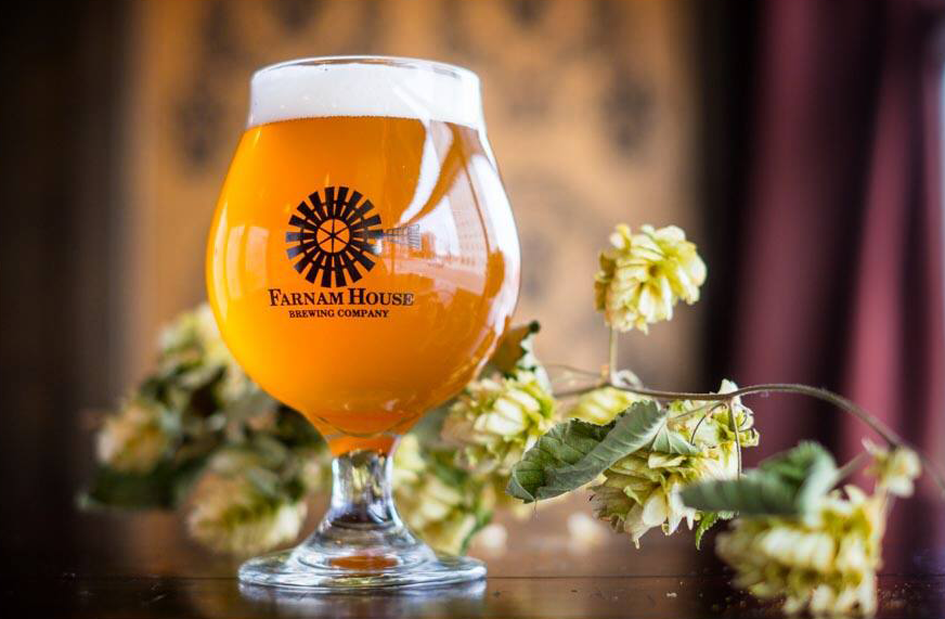 Farnam House Brewing Company is inspired by the premiere beer-producing regions of Europe, including Belgium, France and Germany. When they first opened their doors, Farnam House started with its tried and true Saison. Today, you’ll find more curated originals, rotating sours and seasonal brews. Celebrate spring with a festive Bock, then come back in the summer, fall and winter for styles to fit each season! Look out for in-house fermented ciders as well — made only with local Nebraska apples.

Granite City Food & Brewery originally opened in St. Cloud, Minnesota in June 1999 and has grown to include 36 restaurants in 14 states — including one in Omaha and another next door in Lincoln! Each location brews on-site, with the facilities open and visible from your seat in the restaurant. Their patented brewing process, called Fermentus Interruptus, ensures replicated tastes throughout all their locations. 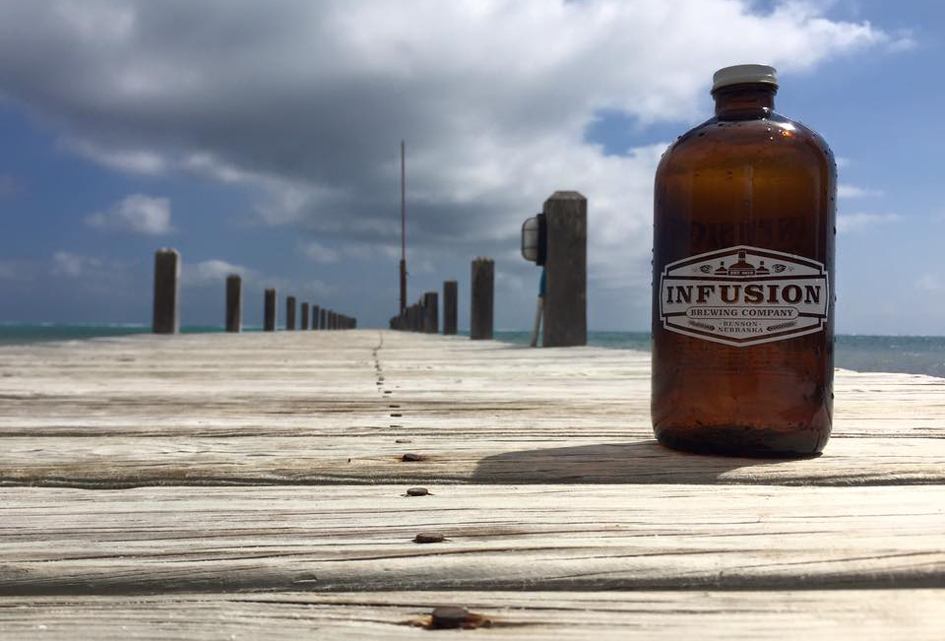 Infusion Brewery is located in the former home of Olson’s Meat Market in Downtown Benson. When the historic building became available, Bill Baburek, owner of Omaha’s Crescent Moon, decided to turn his dream of opening a craft brewery into reality. Today, they fully embrace the historic neighborhood and the area’s up and coming status as a craft beer center. With over ten in-house beers in the Tap Room at all times, you can find year-round mainstays and seasonal favorites to match each Omaha climate. Welcome spring with the Belgian Golden Blonde made with Belgian malts and Candi Syrups then infused with 150 pounds of peaches!

Jaipur is an inspired Indian restaurant and craft brewery combo in the heart of Rockbrook Village. From their cozy dining room, you can order Pakora (deep fried vegetable fritters) for the table, Tandoori Shrimp for yourself, and the locally famous Jalapeño Ale! If beer with a bite isn’t your favorite, try the raspberry or classic Nut Brown Ale. 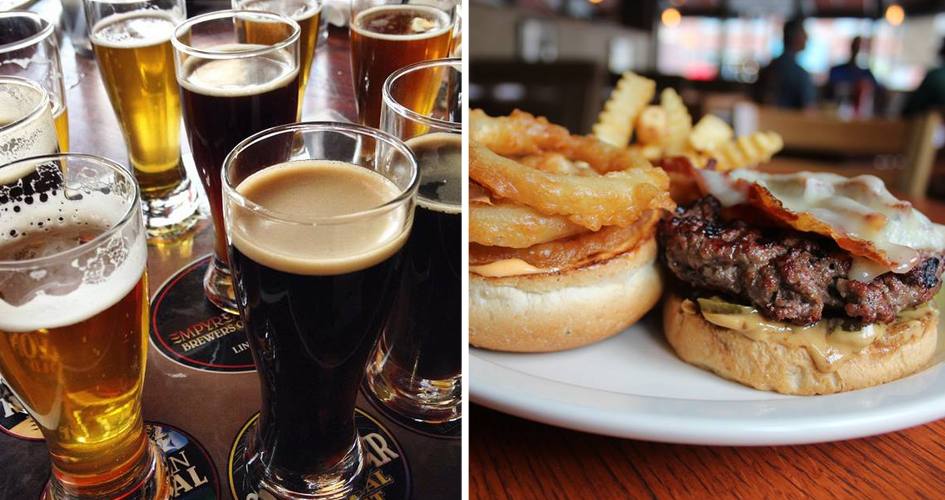 In 1991, Lazlo’s Brewery & Grill opened in Lincoln’s Historic Haymarket District, bringing the state of Nebraska its first brewpub. Since then, Lazlo’s has grown to include another Lincoln location and an Omaha brewpub. Lazlo’s original brewery has become a separate entity, Empyrean Brewing Co. It’s located right next door to the original Lincoln pub and is now the largest microbrewery in the state of Nebraska! Though you can’t tour the facilities in Omaha, you can stop by for crafted food and a flight of Empyrean beer. Then, take a trip to Lincoln to learn more about the historic brewery.

Lucky Bucket Pre-Prohibition Lager was this Omaha brewery’s first public, hand-crafted, session beer. After many trials, tribulations and homebrews, it was the one recipe they kept coming back to and kept wanting for themselves. Since 2009, Lucky Bucket has grown to include four other year-round beers and plenty of creative seasonals and special releases. Visit the La Vista tasting room for a $3 tour and a taste of this month’s Conspiracy Series.

Since November 2007, Nebraska Brewing Company has been locally owned and operated, and continually releases unique, experimental beers alongside their classic recipes. In the original Shadow Lake Towne Center brewpub, you can immerse yourself in craft beer culture and learn all about the brewery’s process and history. Then, take a trip to their La Vista Brewery and Tap Room to taste even more award-winning brews and crafted bar food. 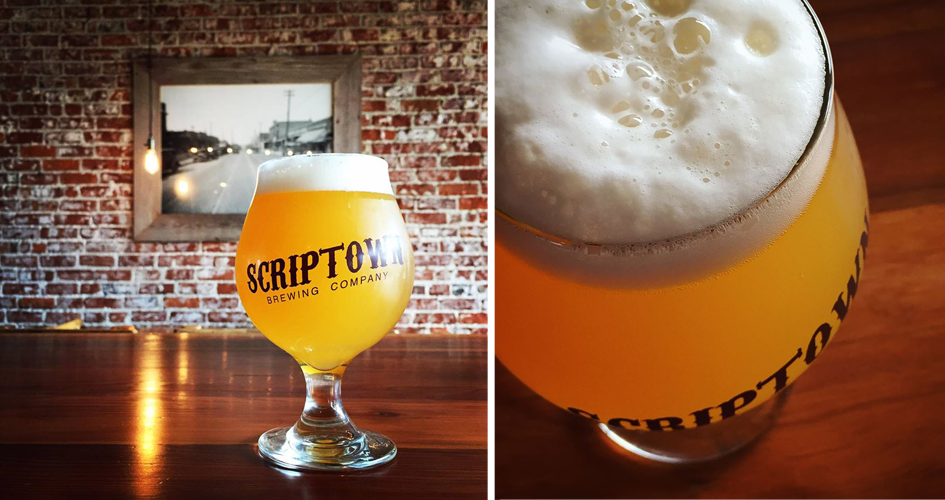 Scriptown is a session-driven microbrewery inspired by Nebraska history. The brewery was named after the first subdivision in Omaha that was founded when the state was still a territory. Stop by to learn about its history while sampling various different recipes. Be sure to try the Nutjob Brown Ale and the Belgian Curve Pale Ale!

Nearby in Springfield, Nebraska, you’ll find Soaring Wings — a family owned and operated vineyard and brewery. In 2004, the family began with an impressive wine list and then began selling homebrewed beer in 2011. Today, they have over 20 wine selections and nine brews. Bring the whole family to explore the picturesque facilities and taste selections — including nonalcoholic beverages for the kids! 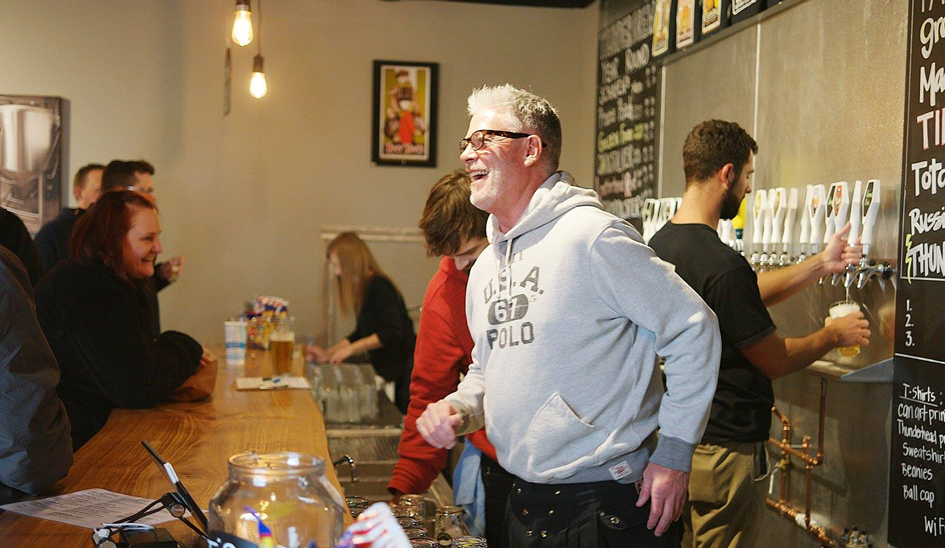 Thunderhead Brewing Company is a Kearney original, but you can find all of their beers inside the cozy Omaha Taproom! They have a Jalapeño Ale for those who crave a little kick, a Smoked IPA for something you’ve never tasted before, a Calico Espresso Stout for anyone who wants a dark, coffee flavor, and 14 other rotating recipes.

Though Laszlo’s claims to be Nebraska’s first brewpub, Upstream was the first to call Omaha home. Since 1996, they’ve been serving in-house, crafted brews alongside artisan pub fare. The beer is fermented just 30 feet from your table, so stop by for a fresh pint of a regular recipe, seasonal special, or a taste of a barrel-aged brew. And get it with a side of Bavarian Pretzel Bites!

If we missed your favorite Omaha brewery, let us know!

Valentine’s Day 2020 is right around the corner! Whether you’re planning to spend it alone, with a partner...

Living in Omaha offers access to some of the country’s most beautiful sights, best food, oldest traditions...