Spring season is coming up, and what better way to spend your vacation than cheering on your favorite baseball team in an exciting city? Spring Training brings teams (and their new recruits) together to start practicing for the upcoming season. During this time, the teams will play scrimmages, welcoming fans into local stadiums to watch and join in the fun.

We know how many baseball fans we have in Omaha, and fortunately, the Eppley Airfield Omaha Airport offers direct flights to the Spring Training destinations (Phoenix, Tampa, Fort Myers and Punta Gorda), which makes it easy to book your dream trip with just a few clicks. So regardless of which team you’re supporting this season, pack those bags, and use our schedule to plan your trip and decide what to see while you’re there. After all, you’ll need something to do after the 9th inning.

What to See: Located just nine miles from downtown Phoenix, Glendale is home to several gorgeous parks, a few top-notch restaurants, and the Westgate Entertainment District — which boasts a movie theater and plenty of interesting shops. We also love Sahuaro Ranch, which features historic buildings, roaming peacocks and picnic areas. 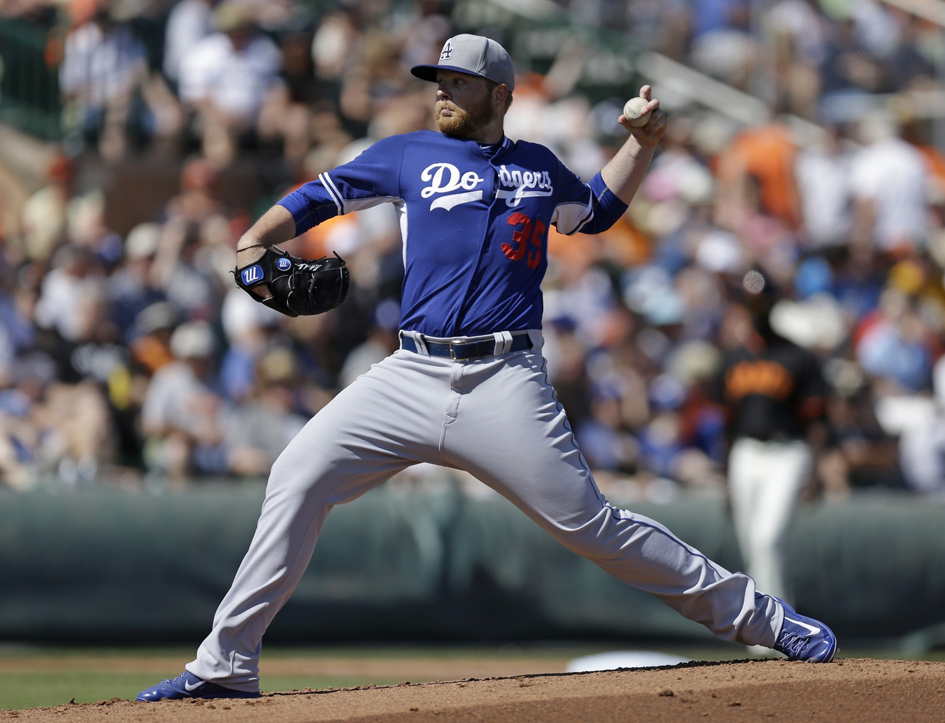 What to See: The main highlight of Goodyear is the Estrella Mountain National Park, which features hills, wetlands and undisturbed desert areas. Between games, gather the family for a scenic picnic or hit the trails.

What to See: Mesa, located just east of Phoenix, is a large area with plenty of fun activities for the whole family. Don’t miss the Mesa Arts Center, the ruins at Mesa Grande, the Arizona Museum of Natural History and the i.d.e.a Museum  (if you have kids in tow).

What to See: There are so many things to do in Peoria, but highlights include the beautiful Lake Pleasant Regional Park and the Pioneer Living History Museum. 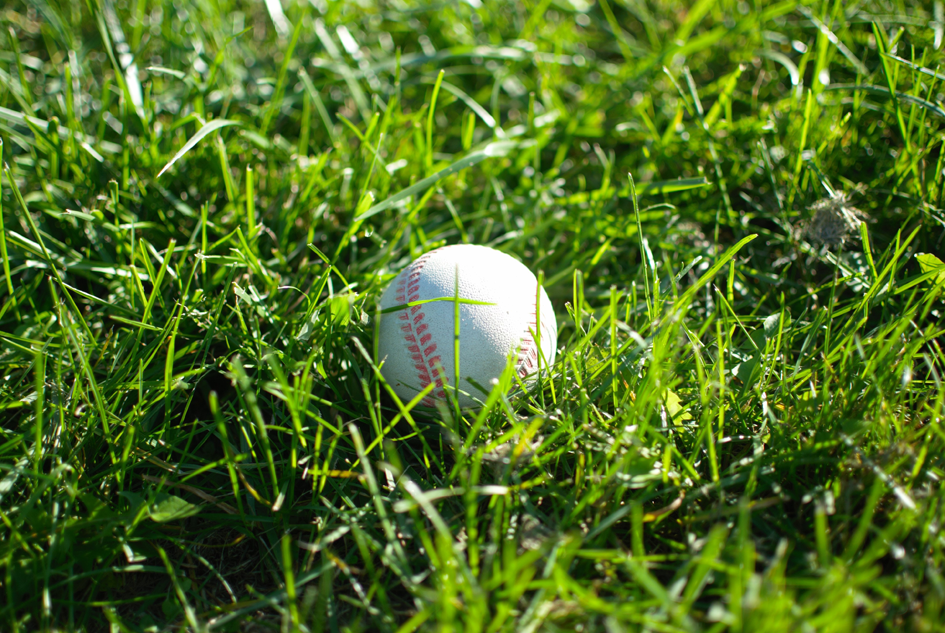 What to See: Peoria sits just north of Glendale on the northwest side of the Phoenix metro area. Highlights include the beautiful Lake Pleasant Regional Park and the Pioneer Living History Museum as shared above.

What to See: You can’t leave Phoenix without visiting the Heard Museum, which showcases centuries of Native American artwork, culture and traditions. There’s also the Phoenix Art Museum, The Desert Botanical Garden, and countless bars, restaurants and coffee shops. Hungry? Head to the Phoenix Public Market, which features local offerings in an open-air setting.

What to See: Scottsdale is located between Phoenix and the scenic Tonto National Forest. Old Town, with its countless boutiques, restaurants and bars, is the main attraction here, and is perfect for after-game entertainment.

What to See: While still in reach of downtown Phoenix, Scottsdale is a destination in itself, offering a buzzing nightlife, a beautiful old town area for strolling, and delicious restaurants. There are also a variety of nearby outdoor activities, such as Guided ATV Tours and the Big Surf Waterpark, to take advantage of Arizona’s warmer weather! 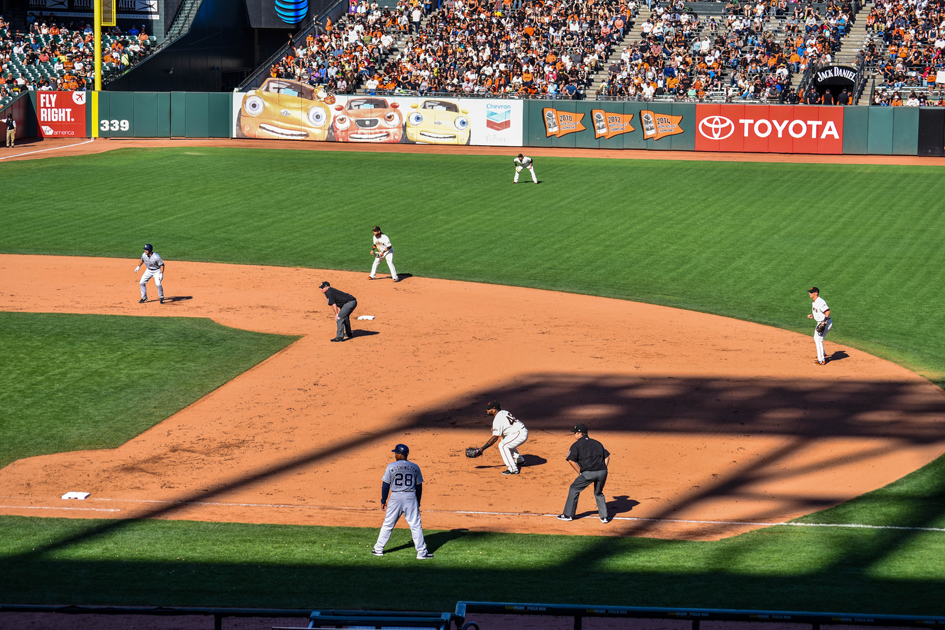 What to See: The Scottsdale Stadium is located in the heart of downtown Scottsdale, which will leave you in easy walking distance to the town’s best attractions, including the Scottsdale Museum of Contemporary Art and the Scottsdale Historical Museum.

What to See: Surprise offers easy access to some of the Phoenix area’s most popular natural attractions, including White Tank Mountain Regional Park and Woolf Leyton Farms (famous for its roses).

What to See: Surprise is a smaller suburb of Phoenix, located on the northwest side of town. Here you’ll have easy access to some of the area’s most popular natural attractions, including White Tank Mountain Regional Park and Woolf Leyton Farms, but you can easily venture to Glendale or downtown Phoenix if you wish!

What to See: Located east of downtown Phoenix and south of Scottsdale, Tempe offers the best of both worlds. Of course, you don’t have to venture far for entertainment. Head to the Desert Arboretum Park, venture along the river, or step inside a cozy cafe.

What to See: You won’t have to look far to find something to do in Bradenton, and you might not have to spend a penny either! Wander through the colorful Village of the Arts, visit the historic Cortez Fishing Village, or step back in time at the Manatee Village Historic Park — all free activities, and all fun. 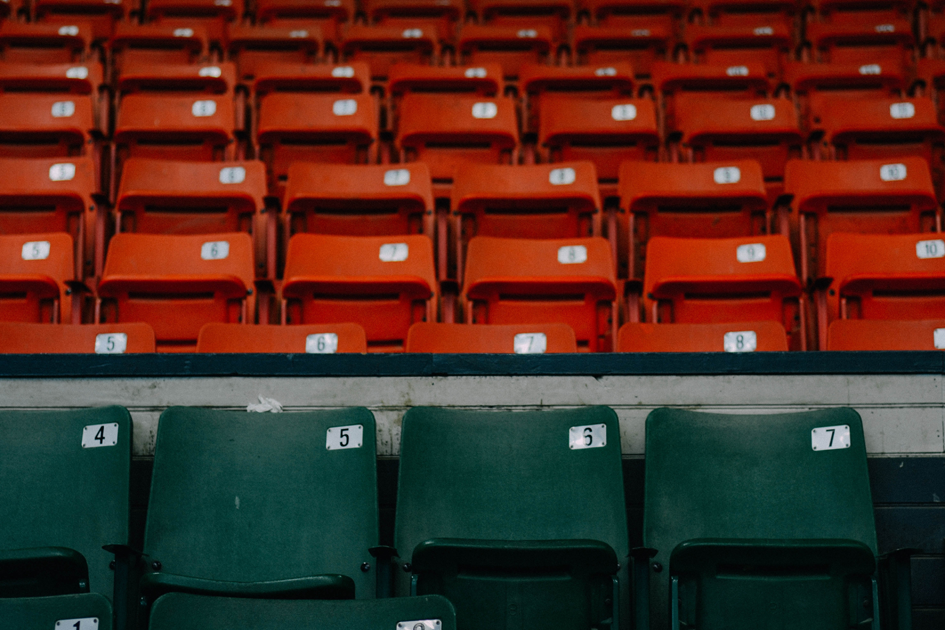 What to See: Spectrum Field is one of the newest stadiums in the Grapefruit League, which makes it an attraction in itself. But you also can’t miss the Clearwater Beach or the Clearwater Marine Aquarium.

What to See: Known for its pristine beaches and clear waterways, Charlotte County is a little slice of paradise. Venture to any coastline and you’ll find idyllic scenery to marvel at — but of course, there are plenty of restaurants to catch your fancy.

What to See: When the games aren’t going on, venture across the water to Caladesi Island State Park, one of the few natural islands on the Florida Coast, and a sanctuary for hundreds of species of wildlife. 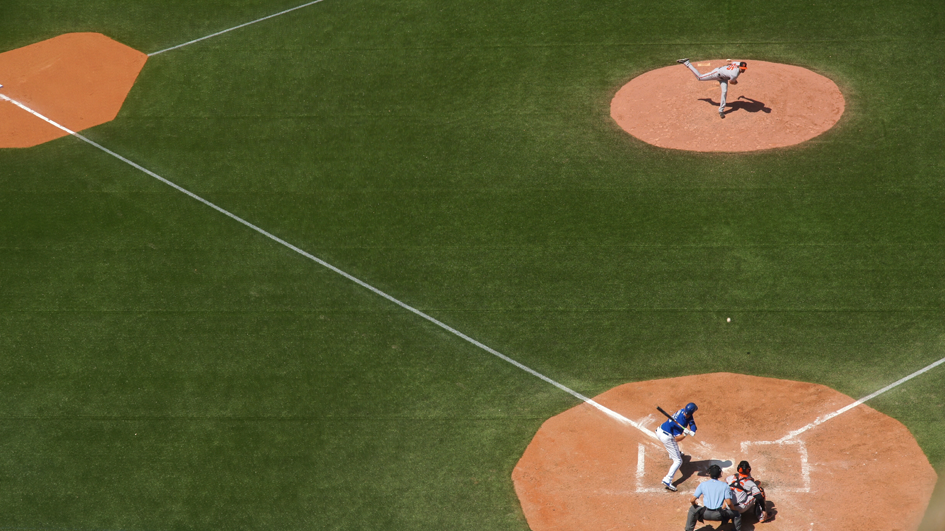 What to See: Champion Stadium is located in the heart of Walt Disney World Resort — need we say more?

What to See: Located just north of West Palm Beach, Jupiter boasts abundant natural beauty on its coastline, in its lagoons and in its parkland. Must-see attractions include the Jupiter Inlet Lighthouse and the River Center.

What to See: Jupiter is a destination for nature and history enthusiasts alike. Don’t miss the Jupiter Inlet Lighthouse, a scenic tour of an 1800s-era lighthouse, and the River Center, which houses coastal wildlife and interactive exhibits.

What to See: When you’re not cheering on the Tigers, there is plenty to keep you occupied in Lakeland. Downtown’s Munn Park Historic District is known for antique shops and early-1900s architecture, and allows you to take a step back in time. Other attractions include the picturesque Lake Mirror and the Polk Museum of Art, and Tampa is also an easy drive away!

What to See: Often referred to as an island sanctuary, Fort Myers is the perfect place to enjoy being outdoors and on the beach. When you’re not rooting for the Twins, rent a kayak at sunset and paddle to the nearby island, Captiva, collect shells on the coastline, or sip a cold one at Fort Myers Brewing Company.

What to See: Fort Myers is often referred to as an island sanctuary, and once you see it, you’ll understand why. The area offers easy access to nearby islands (including the picturesque Captiva) that you can venture to by boat or even kayak. Also make sure to check out Fort Myers Brewing Company, which is not far from the stadium. 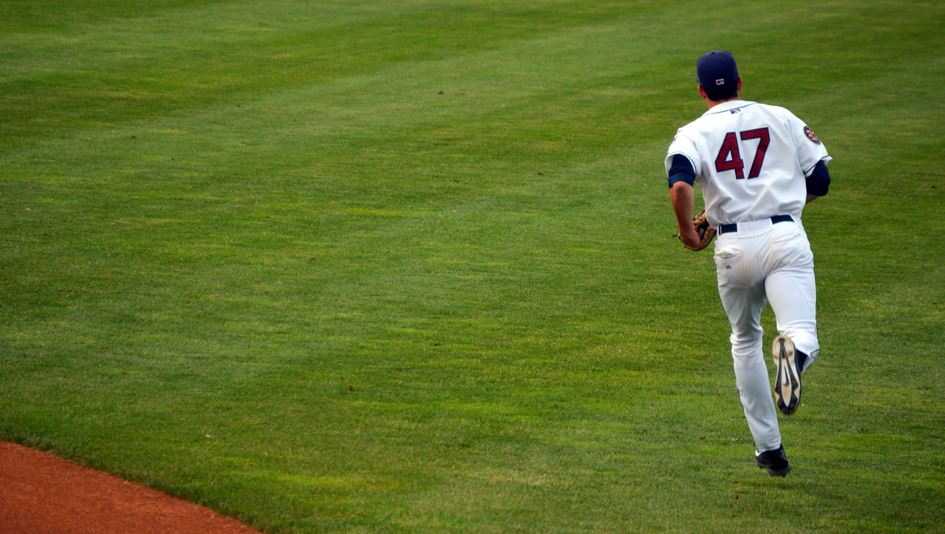 What to See: Located in the heart of Florida’s Treasure coast and just an hour north of Palm Beach, Port St. Lucie is an adventurer’s paradise. Here, you can hike to environmental preserves, paddle through the scenic rivers, tour the beaches by horseback, and of course, cheer on the Mets at First Data Field!

Stadium: The Ballpark of the Palm Beaches

What to See: With its abundant shops, museums, restaurants and more, West Palm Beach is far from boring. There is plenty to see in the area, including Clematis Street in downtown, the Norton Museum of Art, and the CityPlace District .

Stadium: The Ballpark of the Palm Beaches
What to See: Separated from Palm Beach by the Lake Worth Lagoon, West Palm Beach is a metropolitan center filled with art, restaurants, shops and clubs. Must-see attractions include the Norton Museum of Art, the CityPlace District and Clematis Street.

What to See: Just south of Tampa on Florida’s Gulf Coast lies Sarasota, a cultural melting pot that was also the winter home of the Ringling Brothers Circus. While you’re in the area, check out the Ringling Museum of Art, Siesta Key Beach, and the Marie Selby Botanical Gardens.

What to See: Tampa is a major business center, but is also known for its museums, cultural offerings, dining and nightlife. This is the home of Busch Gardens Tampa Bay, a safari-themed amusement park with thrill rides and animal-viewing areas. If thrill rides aren’t your thing, wander through the historic Ybor City neighborhood, a great destination for a good meal or a fun night out. 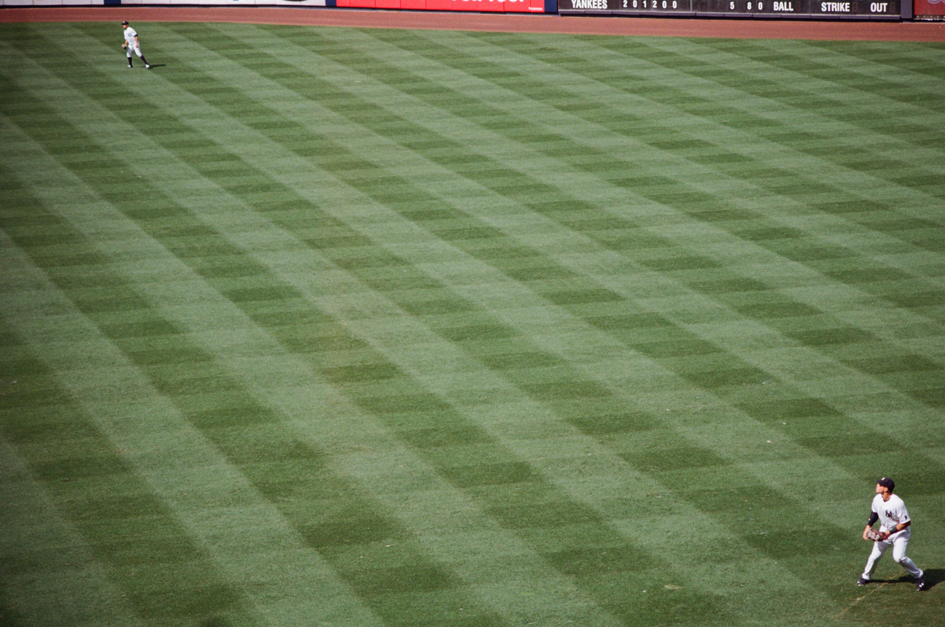 Are you planning to travel for the spring games?

Let us know which team you’ll be rooting for in the comments below.

Living in Omaha offers access to some of the country’s most beautiful sights, best food, oldest traditions...

A Complete Guide to Self Care in the Omaha Ar...

Let’s face it: adulting is stressful. Between work, bills, juggling a million things, the news, your commute—it’s...