12 Crazy Guinness World Records Held in the State of Nebraska

In our opinion, Nebraska is a pretty fantastic place. It’s an amazing place to live, you’ll never run out of things to do and, according to the Guinness Book of World Records, we’re also home to some pretty impressive feats!

That’s right, many people in our beloved state hold world records. From the tallest Mohawk to the largest collection of finger puppets — we’ve curated a list of the craziest world records held by Nebraskans. Do you think you have what it takes to claim a new Guinness title? 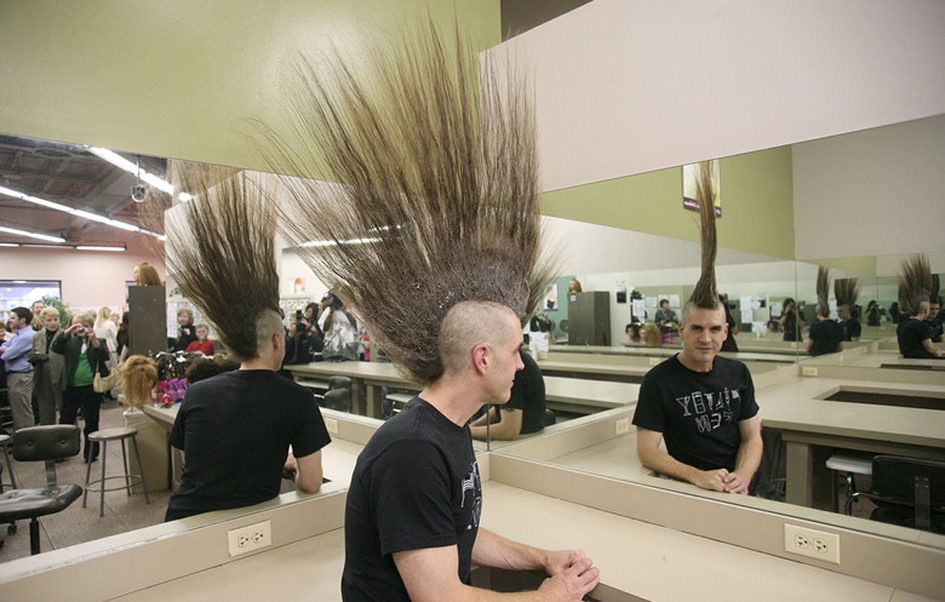 Photo courtesy of the Guinness Book of World Records

While the title of the tallest Mohawk spike in the world is held by the Japanese fashion designer Kazuhiro Watanabe, Omaha local Eric Hahn holds the record for the tallest Mohican, or traditional Mohawk. He achieved this massive feat, his Mohawk measuring a whopping 27 inches, in 2008, right before he headed on stage to perform with the local band, the Filthy Few!

Largest Collection of The Muppets Memorabilia

The largest collection of The Muppets Memorabilia is owned by Rhet Safranek of Merna, Nebraska. He first started his collection when his parents gave him a VHS of the Best of the Muppets Show when he was a child. Today, his collection consists of over 1,841 items. Safranek’s favorite piece? The Official Gonzo Master Replica, which he says is one of his rarest items.

In an attempt to enhance relations with the Chadron State College community and the Chadron, Nebraska community, the students and dining services decided to do something creative: gain a world record. In April of 2017, they lined up 2017 tacos in the gym and fed over 2,000 people, gaining the record and a priceless sense of community.

Eric Eckhert has had a life-long fascination with mazes, having been drawing them since he was only 7 years old. He even has a popular Instagram account dedicated to his work. In 2018, he beat the world record for the largest hand-drawn maze by crafting a 450-foot masterpiece. The maze was then transported and installed on a half-pipe, used during the 2018 Railyard Skate, Art and Music Festival.

Most Marching Bands in a Parade

During the 55th Annual Harvest of Harmony Parade in Grand Island, 130 marching bands participated taking the record for the most marching bands in a parade ever. The bands, who took part in the three and a half hour long parade, consisted of the Hastings College Band, the Harvest of Harmony Alumni Band and 128 high school bands, creating a total of 8,230 participants.

Square dance lovers know how tedious calling can be. A square dance caller has to be entertaining, observant and an impeccable improvisor. That’s why when Norfolk local Dale Muehlmeier called for 28 hours, the world was in awe. The record-holding square dance took place in a Wal-Mart parking lot and benefited the American Cancer Society.

The City of Lincoln holds the record for the tallest structure built with toy timber logs. The final structure was 12 feet and 4 inches tall and set at the Lincoln Children’s Museum. The record-breaking Lincoln log structure was built in six hours by a group of architecture students from the University of Nebraska-Lincoln.

The largest collection of car bumper stickers in the world is owned by Lincoln local, Bill Heermann. He started collecting in 1984, when he was in eighth grade, after being handed a handful of stickers by passers-by on his way to Eagle Scouts. Today, his collection is well over 4,000 stickers.

In June 2018, Arby’s achieved the world record for the largest advertising poster in Monowi, Nebraska. The 311,314 square foot poster was created to announce Arby’s transition to Coca-Cola products. After scouring locations throughout the United States, they settled on Monowi because, according to the US census, it is considered the smallest town in America. 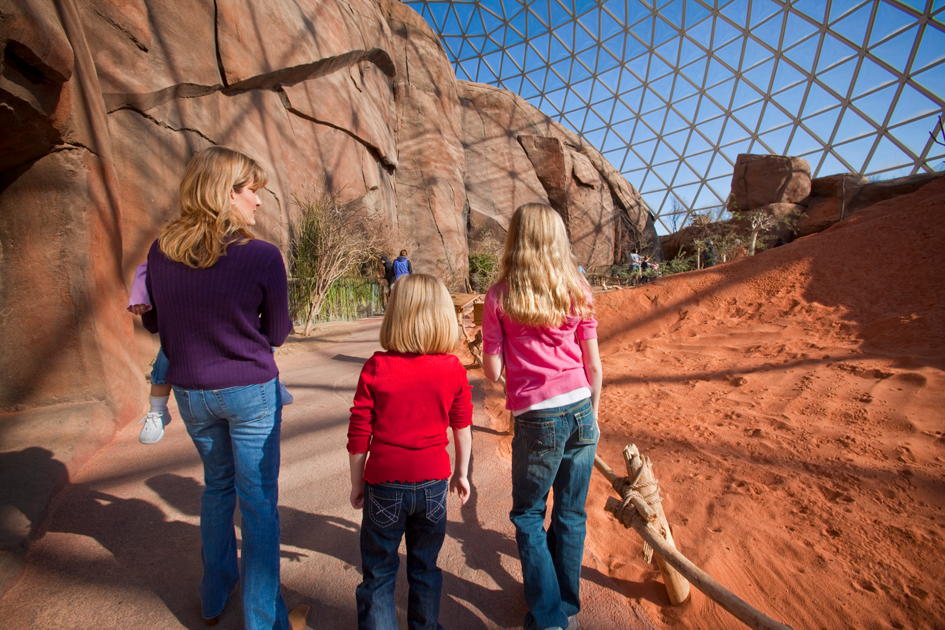 Photo courtesy of the Henry Doorly Zoo and Aquarium

The largest indoor desert can be found in Omaha at the Henry Doorly Zoo and Aquarium. Their “Desert Dome” is the world’s largest glazed geodesic dome and contains 84,000 square feet on two levels of desert. The Desert Dome exhibits plants and animals from three major deserts — southern Africa’s Namib Desert, the southern USA’s Sonora Desert and Australia’s Red Centre.

Janet Warner loves finger puppets. That’s why she owns over 359 of them! Having started her collection over 28 years ago, she uses them in her kindergarten classroom to help develop language and listening skills.

What will you try to break?

Is there a world record you would like to break? Let us know in the comments!