The Best Restaurants in Council Bluffs, According to Yelp

Yelp is an online community of locals, business reviewers and food lovers. It’s a great place to go when you’re visiting an unexplored city or you’re just looking for a new place to try at home. But their extensive lists of area favorites and the constantly changing opinions of reviewers can make it tough to narrow down your next venture.

Based on the number of reviews and the ratings themselves, Yelp creates lists of nearly every restaurant in a given city so you know minute-by-minute where you should go for your next meal. Using that information, we compiled a list of the Council Bluffs hotspots that are most consistently ranked in the top ten.

Next time hunger strikes, take a tour through CB via its top dining spots. There are casual eateries, upscale restaurants and even a few drive-up joints, so no matter the occasion, there’s something here to match it! 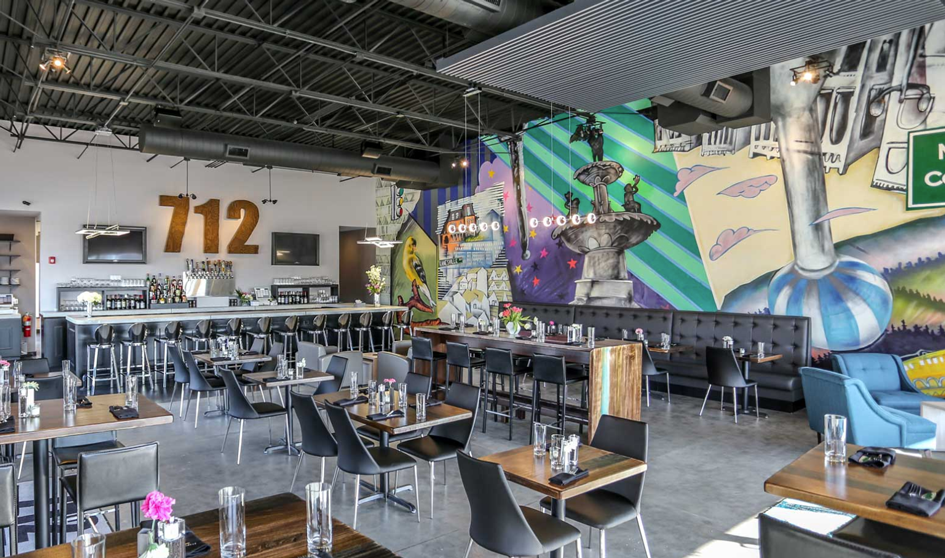 This contemporary restaurant is named, of course, after Council Bluffs’ area code and features a menu full of mostly scratch-made recipes full of locally made ingredients. But that isn’t the only piece of CB you’ll find in this atmospheric eatery—there are plenty of elements of our stunning city found within the massive mural on the back wall of the restaurant. As for food selections, Yelp reviewers almost always mention the 712 Cubano, one of the restaurant’s signature sandwiches, for good reason.

The Salty Dog is known for several things, from their nationally recognized wings and flavor-filled menu to their unparalleled service and atmosphere. To many locals, this pub has become a home away from home, and no matter what food you’re in the mood for or what sport has your heart—The Salty Dog has something just for you.

Yelp reviewer, Ryan from Surprise, AZ wrote, “The WINGS….they were so good. Having traveled all over the country sampling wings near and far I have to say these wings had the best flavor I’ve ever had,” and if that isn’t a rave review, we don’t know what is. 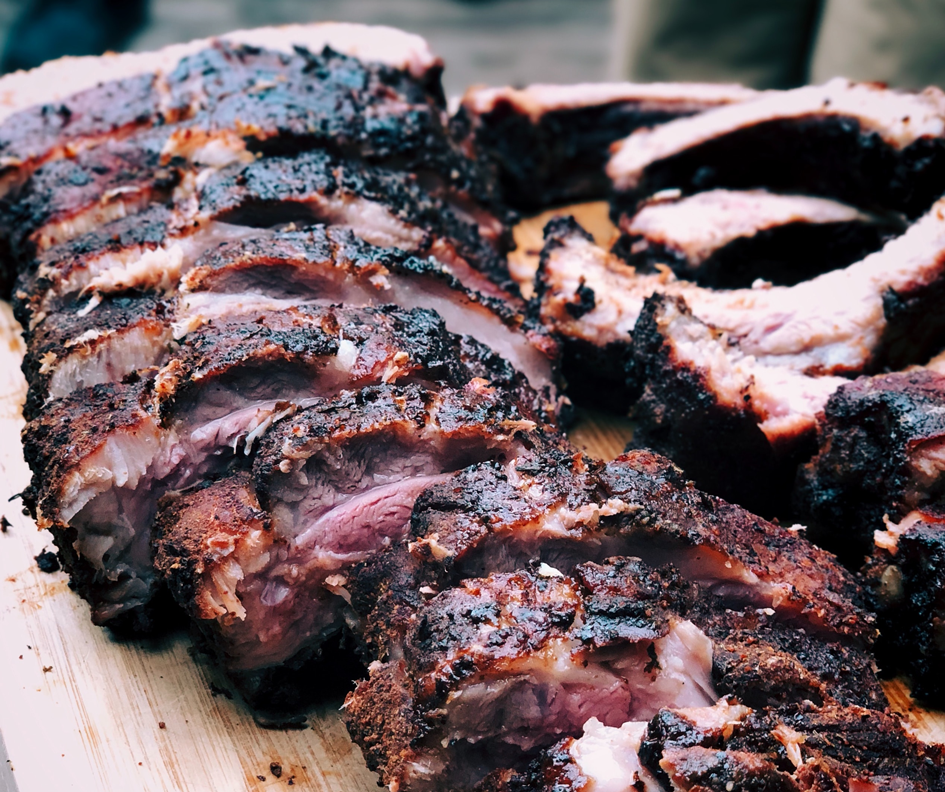 Boxer is primarily a catering company, but they serve their classic Southern barbeque in a low-key dining area and offer take-out for your next family dinner. Smoked on-site, it’s hard to choose a favorite meat at Boxer so your safest bet is to try a sampling of everything—and don’t miss the cornbread or the baked beans with brisket!

And don’t skip dessert either. One reviewer said, “Usually don’t order desserts but the bread pudding was suggested and I am so glad we ordered it—it was TO DIE FOR. With apples and caramel sauce, it is heaven.”

Pizza King is an extremely popular Council Bluffs pizza restaurant, with the same family having operated the business since the restaurant’s inception in 1965. But don’t be fooled by their name! In addition to serving highly rated delicious pizzas and calzones, Pizza King has one of the most comprehensive, upscale menus we’ve ever seen. They have some of the best classic steaks in town—including a New York Strip Sirloin, Filet Mignon, Ribeye and more—alongside more creative choices like Veal Parmesan and a Fried Catfish Filet.

The most adoring review we found on Yelp begins, “The best pizza on Earth. I’ve had a slice in NY. I’ve had deep dish in Chicago. Nothing even comes close to Pizza King.” Stop by Pizza King and get your life-changing slice today.

La Carreta Rosa has been a staple in the Council Bluffs dining scene for several years, offering regional Mexican cuisine in a festive and vibrant atmosphere. Their menu features colorful plates comprised of only the freshest ingredients, with authentic Mexican flavors and recipes. Choose from their huge selection of appetizers, tacos, burritos, enchiladas, fresh fish, grilled meats, poultry, and housemade desserts.

While almost every Yelp review highlights the fantastic food, they also happen to mention the spectacular service. “This is my go-to for tacos and can’t be beat but the main guy who always works the tables and registers is really why we always go here for our Mexican nights.” 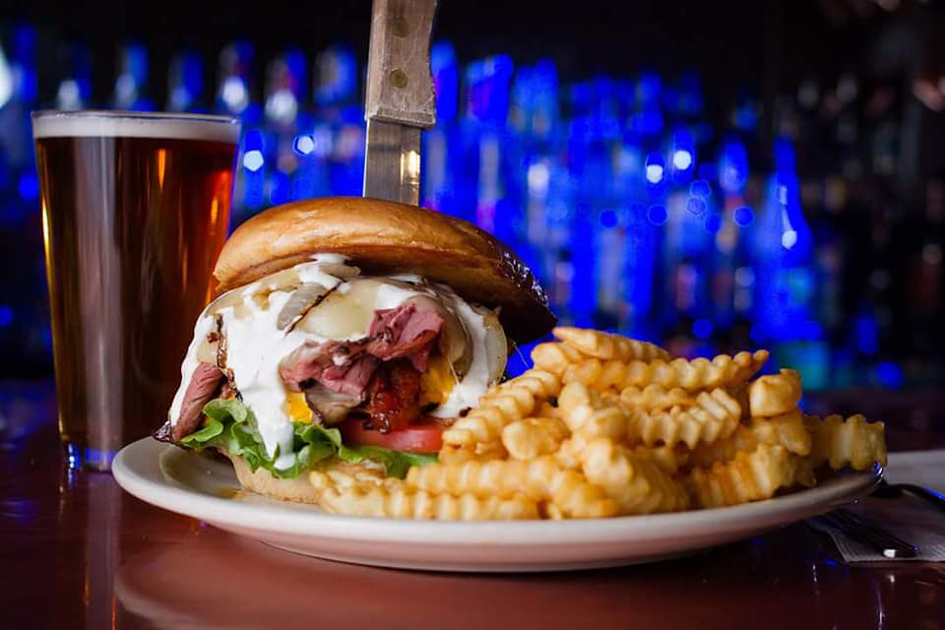 Barley’s Bar is one of the best places to “Eat. Drink. Gather.” in the area. Barley’s has a laid-back atmosphere perfect for grabbing a beer or one of the best burgers around. Check out the burger section on their menu, take a deep breath while you try to not get overwhelmed with your flavorful options, and make your choice. While anything you choose is sure to satisfy, Yelpers give their Barley Burger high praise. It includes a fresh 7-ounce patty topped with bacon, red onion marmalade, lettuce, tomato, pickle, and your choice of cheese.

Primo’s Mexican Restaurant was born out of an idea from three “primos”, or cousins, who wanted to reawaken their family’s 100-year-old recipes and share the taste of Mexican tradition with the Council Bluffs area. They provide a contemporary twist on authentic regional Mexican fare, and plenty of margaritas and other drinks to accompany your dish of choice. Their bright and refreshing interior makes this the perfect setting for enjoying an exceptional meal with family and friends

Yelp reviewer Mac R. summed up her feelings about Primo’s in just a few words, “Just go here! It is nearly impossible to write the atmosphere, service, and quality foods effect all in one.” 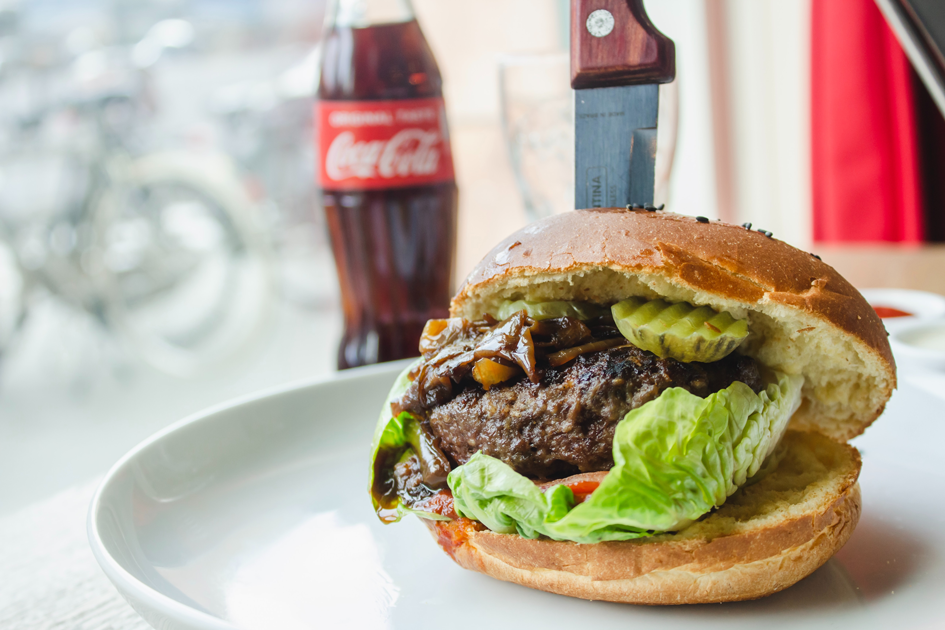 The Buck Snort is a newer addition to the Council Bluffs sports bar scene, having opened their doors in 2016. Since then, they’ve been offering delicious and unique burgers, sandwiches, wraps and more in their casual bar space. Order the Yelp-famous “Swamp Donkey” for a real treat and you’ll want to come back again and again.

Nestled in an unassuming strip mall off of the highway, Mo Fish is the best place to get a basket of fried fish in the area. Catfish, clams, walleye—you name it, Mo Fish has it, fresh and in massive quantities. Yelp reviewers rave about the catfish baskets and delicious pickle fries, both of which come in large, mouthwatering portions. Keep in mind that this is a cash-only establishment, but there is an ATM located right outside.

Cellar 19 Wine & Deli features gourmet deli sandwiches along with sides, soups and salads that are all created using fresh, in-season ingredients. While you’ll probably stop by for a sandwich, you’ll definitely stay for a dessert—all of which are made in-house by a pastry chef. In addition to tantalizing dishes, they also offer live music every Saturday and wine tastings throughout the month. Make sure to follow them on Facebook to see their daily specials and itinerary of upcoming events.

Where do you like to eat in Council Bluffs?

Share your go-to dinner destinations with us in the comments below!

Where to Get Local Face Masks in the Omaha Ar...

At the beginning of the year, wearing a face mask every day seemed strange—with many of us making our own face...