Grab your stein, throw on your lederhosen and get ready for two back-to-back weekends of Oktoberfest celebrations!

Oktoberfest originated in Munich, Germany in 1810 to celebrate the wedding between Crown Prince Ludwig (later to become King Ludwig I) and Princess Therese. The people of Munich were invited to attend the royal event and the celebration lasted for over two weeks! Almost every year since, the event has taken place, making the Oktoberfest in Munich the largest festival in the world.

Just because we’re not in Germany, doesn’t mean we can’t celebrate alongside them in spirit! Omaha is hosting several events in honor of the German tradition. Here are a couple celebrations happening soon, so be sure to join in for two weekends of German beer, brats and music!

END_OF_DOCUMENT_TOKEN_TO_BE_REPLACED 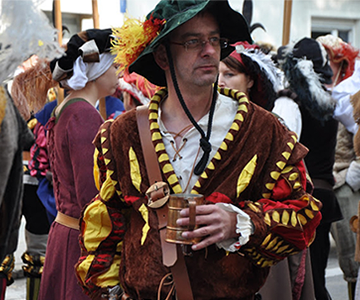 7 Things to Do in Omaha This Labor Day Weeken...

The first Labor Day was in 1882 and was organized by the Central Labor Union of New York. It was meant to honor the...