The Best Places to Get a Burger in The Omaha Area

We are all aware that Omaha is known around the world as one of the best sources for steak. Just look at the success of the fifth-generation, privately held family business, Omaha Steaks, for proof that this city knows its beef. So it only makes sense that Omaha has some amazing burgers to choose from as well.

In fact, there are so many wonderful burgers in Omaha that it was difficult to narrow it down to our favorites. But alas, we managed to weed through the contesters to find the best of the best! 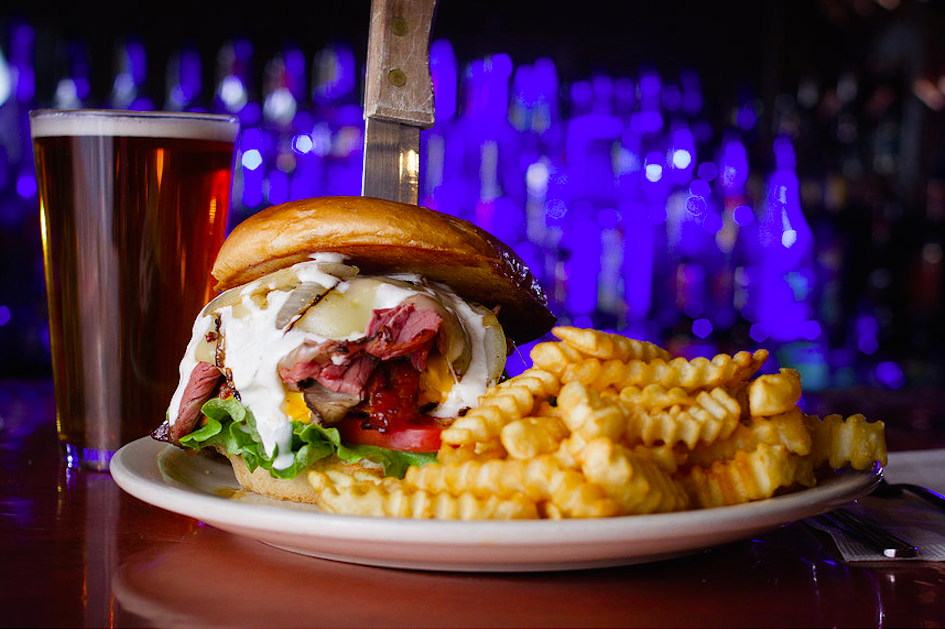 Barley’s Bar is one of the best places to “Eat. Drink. Gather.” in the area. Barley’s has a laid-back atmosphere perfect for grabbing a beer, or for our purposes — one of the best burgers around. Check out the burger section on their menu, take a deep breath while you try to not get overwhelmed with your flavorful options, and make your choice. While anything you choose is sure to satisfy, might we steer you in the direction of their well-loved Barley Burger? It includes a fresh 7-ounce patty topped with bacon, red onion marmalade, lettuce, tomato, pickle, and your choice of cheese. 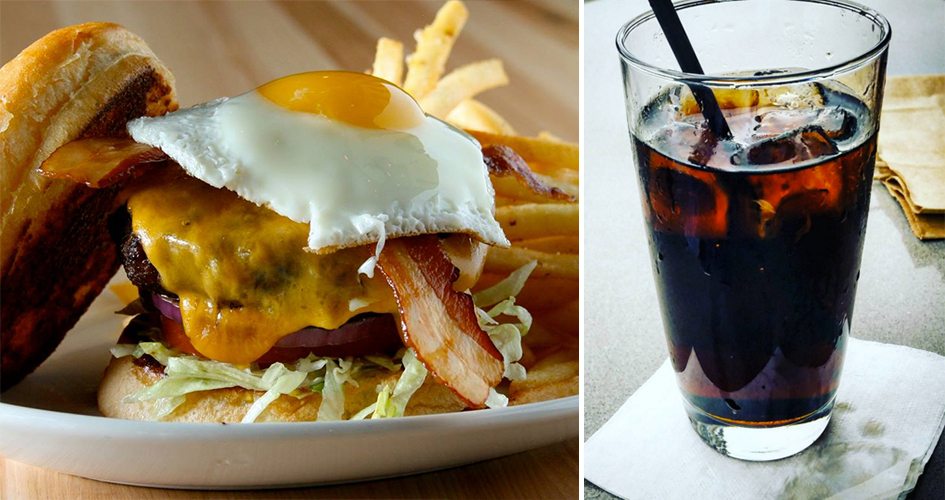 Black Oak Grill was named as one of the best burger joints in the entire state of Nebraska, so they have our utmost attention. Although they only have four burgers on their lunch/dinner menu, this place knows what they’re doing in the juicy burger department. We have our eye on the Husker Burger, including aged cheddar, smokehouse bacon, a fried egg, and all the fixings on a brioche bun.

Block 16 offers farm-to-table street food in their charming cafe downtown. The two owners have a passion for farm-fresh food, new recipes and traveling (to experience diverse cuisine, of course), and their story beautifully translates into the way they do business. Their burgers landed them a spot on the Best of Omaha 2016 category for Gourmet Hamburgers and you’ll understand why once you try one of their burgers — particularly the Croque Garcon or Block Burger!

As you might have guessed by looking at the name, Brewburgers serves some of the best burgers in Omaha — and in the entire state of Nebraska! Their burgers are to die for, but if you don’t see what you’re looking for, you can even make your own from scratch. Don’t miss one of Brewburgers’ favorites — the Say Cheezzee Sacramento Burger which includes 6 ounces of Stockyard Angus beef smothered in a mountain of crispy California cheddar cheese, all on an American bun. And what goes with burgers? A cold brew! Thankfully, Brewburgers offers a wonderful beer selection as well. 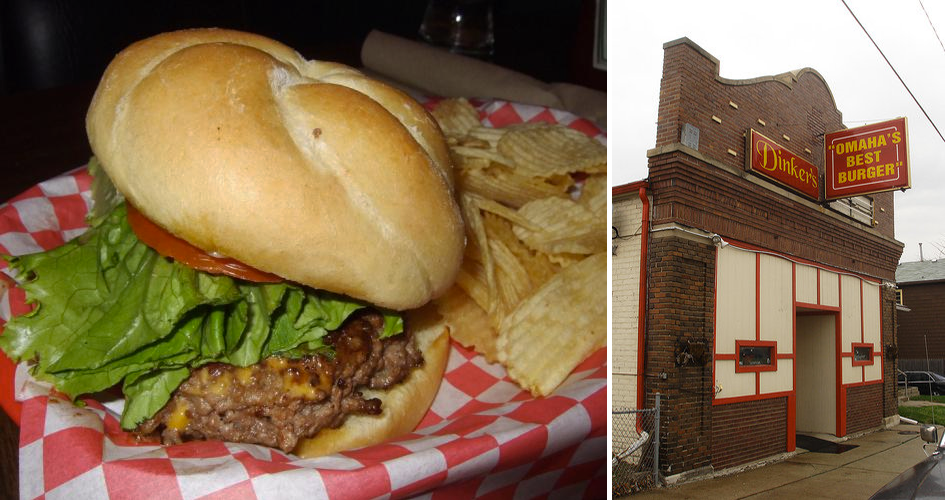 Dinker’s Bar is another burger place named among the Best of Omaha 2016 for Best Hamburgers. Dinker’s has been an Omaha landmark since they opened their doors in 1965 — and they have been serving up the best hamburgers and homemade specials ever since. All of their burgers are made fresh every day the old-fashioned way, which requires an ice cream scoop and a hand press. Each patty is over a quarter-pound of fresh USDA choice ground beef cooked to perfection. 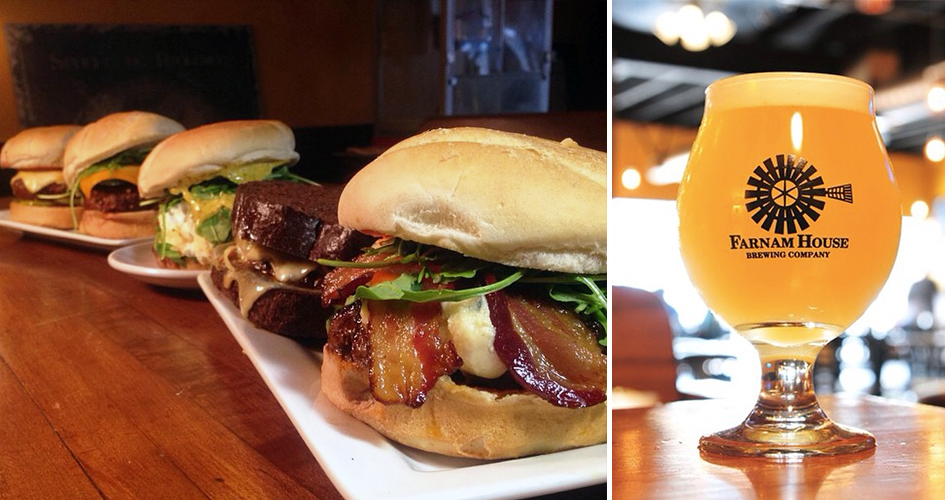 Grab the Farnam House Burger or ask for the Daily Burger Special at Farnam House Brewing Company. Whatever you do, you can’t go wrong at this brewery nominated as the best hamburger on Omaha World-Herald’s Omaha’s Choice Awards. And of course, don’t miss their incredible beer selection while you’re at it! 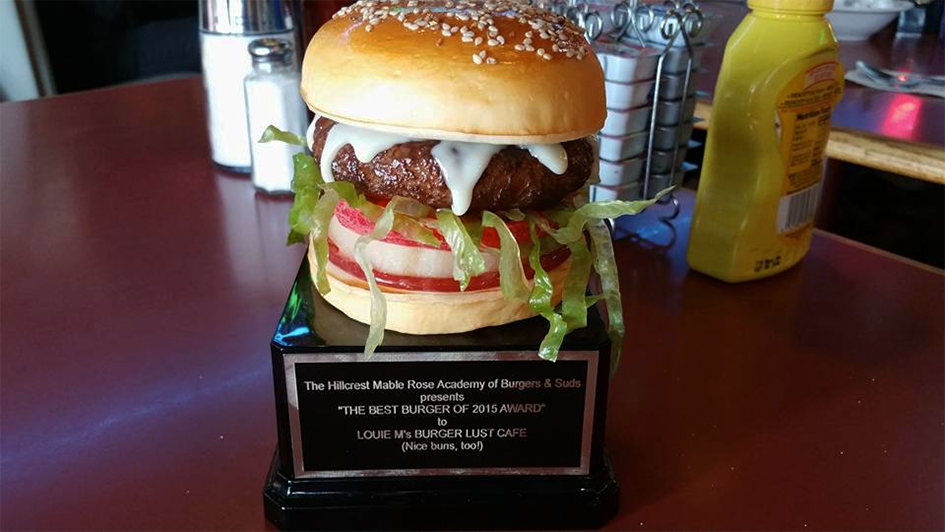 Louie M’s Burger Lust Cafe was among the winners for the Best Gourmet Burgers in Omaha Magazine’s Best of Omaha 2016 — and for good reason! Grab one of their famous hand-pattied half-pound burgers for lunch any day of the week, or dinner provided only on Friday and Saturday.

Head south to Bellevue to visit Sinful Burger Sports Grill, a favorite of Bellevuans and Omahans alike. In fact, it was a winner for the Best of Omaha 2016 for Gourmet Hamburgers. Check out their burgers to understand why — paying special attention to the 7 Deadly Sins Burgers, like the Gluttony Burger (shown above) and The Sinful Burger, which started it all. 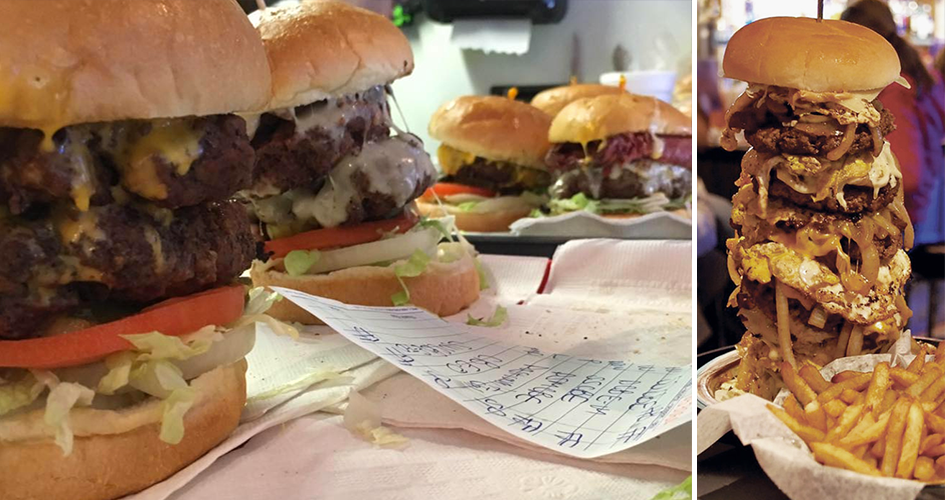 Stella’s Bar & Grill is another Bellevue favorite included among the best hamburgers on Best of Omaha 2016. In fact, Stella’s has claimed that title for seven years straight! Since this burger joint started in 1936, they’ve been making their world-famous hamburgers the same way — with 6.5-ounce, hand-pressed, fresh ground beef patties served on a Rotella’s hamburger bun with lettuce, tomato, pickles, onions and real mayo.
If you’re feeling extra hungry, take on the Stellanator challenge, where you have 45 minutes to eat six burger patties, six fried eggs, six pieces of cheese, 12 pieces of bacon, lettuce, tomato, fried onions, pickles, jalapenos, peanut butter, a bun, and an order of fries. 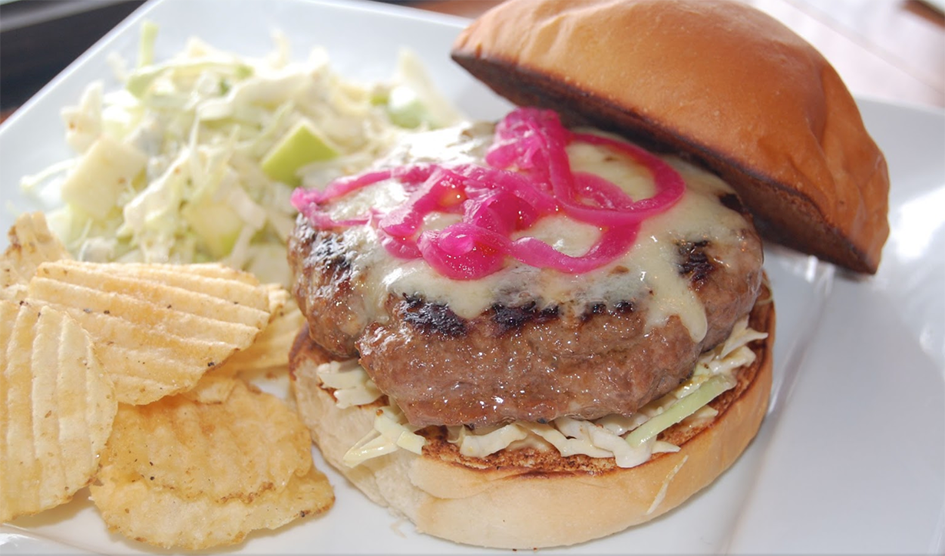 Twisted Cork Bistro was named as Food Network Magazine’s best burger in Nebraska, largely for their use of all-natural, local ingredients, including pork shoulder and flat-iron steak from nearby Hollenbeck Farms. Whether you’re there for lunch or dinner, you can’t go wrong with their famous Twisted Cork Burger with grazed beef, pork, spices, Dead Guy mustard, Whidbey slaw, white cheddar, and pickled red onion, all on a Le Quartier bun, served with kettle chips and apple-bleu slaw.

What do you think?

Who serves your favorite burger in Omaha? Let us know in the comments below, on Facebook or Twitter!